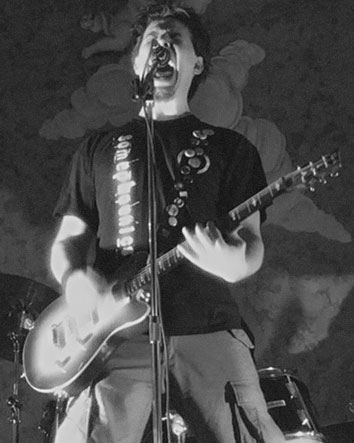 Emanuel Grand, born in Vienna, is the bandleader and founder of somephoenics. He plays rhythem guitar, sings (main vocals) and writes the songs & lyrics.
He started playing guitar at the age of 14 and was member of this bands in the past:

Somephoenics is the Alternative band he always wanted and where he can express himself, with the influences of Nirvana, Foo Fighters, Metallica, Rage against the machine, Red hot chili peppers, Red, A day to remember, Bad Religion, Beatles,…