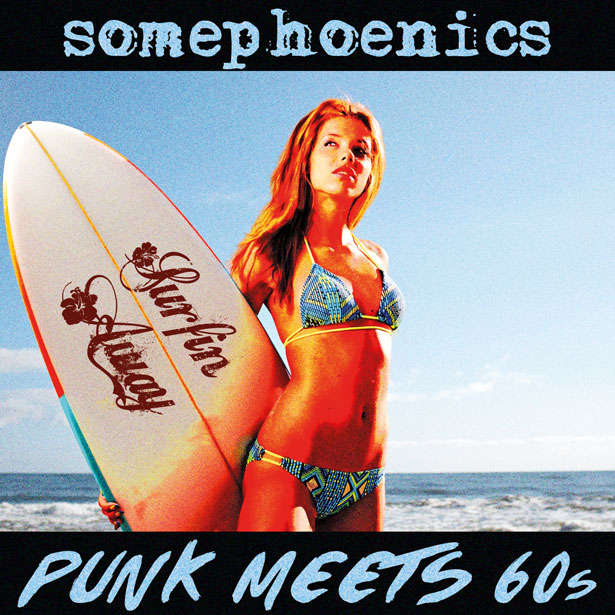 Only one year after „product: life“ we started with the recordings for our new special album „Punk Meets 60s„. How comes? In my formal band „mindjob“ I wrote some punkrock songs with melodies that reminds me on 1960s. We had this cute song „What about you“ and we had a lot of fun in the studio to records it and people really loved that unusual kind of music. By the way I really love the feeling of the 60s including the music, the clothes and some movies.

Now – nearly 20 years later – I digged them out and thought ‚Hey, these are really cool songs – let’s make an Special EP with 4 songs‘. And we started recording these 4 songs and felt in love with the charm of 1960.

Further we added two cover songs from 1960 to the project:

„Runaway“ became a punk rock song and „Twist Again“ became a Reggae version. I think both songs have suceeded and I’m proud of the first somephoenics Reggae song ever. 😉

I thought that 4 songs and 2 cover songs are good enough for a Special-EP but there were two reasons why we added more songs. First, people don’t know what is an EP (= extended play) so it’s easier to say ‚album‘ and second the songs were so cool that we decided to make a radio version with all of them.

My favourite song on this album is „The Thing You Call Love“ and that’s why there is also a string quartett version on this album, which is also amazing!

So be excited for that special album and enjoy these songs!